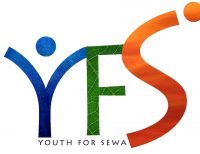 The residential school is situated in Jawhar in the district of Thane which is about 100 kms from Mumbai. The moving spirit behind the Gurudev Trust (organisation that runs the Divya School) is Pramila Kokad an educationist and a committed social worker. She derived the inspiration towards social work from her late father who used to advice his children to devote one hour each day for the cause of selfless social work. She graduated with a degree in special education from Pune. She was offered teaching jobs in large cities such as Thane and Mumbai but she was determined to work in the most backward areas of Thane District.

In 1984 she met Vasantrao Patwardhan, a visionary and a social worker. Vasantrao invited her to join a school for the deaf and dumb that he had then started in Jawhar. She served that institution as teacher and later principal for over two decades. Over the years she became aware of the difficulties that tribal children with disabilities faced. She observed that those with visual impairment and those that are mentally challenged among them needed special care. These two conditions make up more than 50% of all disabilities among the tribal communities in Maharashtra.

She vowed to take up this cause after retirement and started Gulmohar School (now Divya) for Blind and Mentally Challenged Children in Jawhar in 2007. Pramilatai has remained single and has devoted her entire life to the cause of educating the tribal  children with special needs.

In recognition of her untiring and selfless social services she received the Award for Best Individual and Institution Working for the Cause of Persons with Disabilities from the President of India in 2009. Her mission was to have a school offering education up to primary level with the best facilities including a science laboratory, a computer lab and hostel for about 100 tribal children with special needs.

Sewa UK were moved by the dedication of the team at Jawhar and the plight of the children and agreed to sponsor the building of a new school for these Children.

For more information on the school please go to the Sewa UK page:
https://sewauk.org/divya-school-2/

Youth For Sewa All Rights Reserved
Theme by Grace Themes